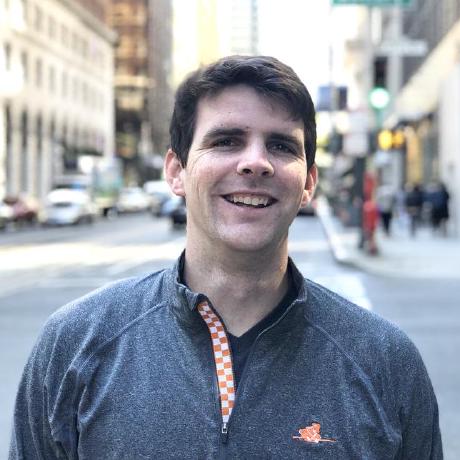 In this post I’ll be sharing a stateless chat bot built with Rasa. The bot has been trained to perform natural language queries against the iTunes Charts to retrieve app rank data. A preview of the bot’s capabilities can be seen in a small Dash app that appears in the gif below.

All the code used in the project can be found in this github repo.

Rasa is a powerful open source framework for building conversational & independent chatbots. The cornerstone concepts for making chatbots are intent classification, named entity recognition (NER), and state management. In this project we’ll leverage intent and NER, but the app rank bot will be stateless for simplicity. In a real production chat bot, managing state is a must for your users to have a good experience.

Rasa has great documentation, so we won’t go too in depth on general Rasa usage. However, I’ll share a high level overview of the steps taken to build the app rank bot, and we’ll go into detail when it doesn’t overlap with the docs.

Like any machine learning project, we need to start off with some training data. This project was trained on the Free, Top Grossing, and Paid categories for apps on the iTunes Charts. To gather this data a python script using BeautifulSoup was written. The results were stored as a csv that contains columns for the app’s name, genre, rank, and chart. These 4 points of data will be our entity types in our NER model. Now let’s build up data for training our intent classifier. Rasa provides some example data in their tutorial for building ‘A simple restaurant search bot’. In the spirit of being resourceful, let’s use this example data has a starting point. The provided data has some example phrases for the intents of greet, affirm, restaurant_search, & goodbye. We’ll keep all these, but change the labels for restaurant_search to None (I additionally added some random sentences from Wikipedia to the None class). The resulting generic dataset can be found here.

So we have some generic intent classes, but we don’t have any training data for the intent of searching our app chart data. Rasa suggests to build up your actual training data by pretending to be the bot yourself; this way you can collect real data from your users. Since this is just a small effort I decided to go a less involved route. Generic template sentences were made up like the ones below.

After generating a number of these sentences, a bootstrap style approach was used to generate data. Both the phrases and entities were randomly sampled to fill in the {blanks}. This sampling process was run a couple thousand times to ensure representation of entities in varied phrases. This process generates data that’s seemingly realistic; however, in a real world scenario the strategy of gathering data directly from your users would be ideal.

The full script used to generate our final training data can be seen here.

With the training data squared away we can run the model training process. This step is really easy thanks to the work put in by the Rasa team. The full script used to train the model is shown in the below code chunk.

Note: As is the theme with a lot of my side projects, my focus is on learning a new technology as opposed to building a fully optimized production system. So staying in line with that theme, the ‘testing’ is not as rigorous as it should be in a ‘real’ application.

Before we add in bot-like responses, we can examine the output of our Rasa NLU model. Example code of how to do this can be seen below.

The output of calling our model is a dictionary that contains the keys: [u'entities', u'intent', 'text', u'intent_ranking']. The contents of the 'entities' and 'intent' items can be seen in the above chunk. The 'text' item stores the input phrase that we passed to the interpreter. The 'intent_ranking' item stores a list of objects with structure identical to the 'intent' item; this list is a sorted and shows the confidence reported for each intent class.

Giving the Bot a Voice

To interact with the bot we’ll write a respond function. The full ‘bot’ module used in this project can be found here. Our bot leverages the 'entities' and 'intent' output of our Rasa model. If the intent is greet or goodbye then our bot will respond with a random greeting/closing. If the intent is our custom app_rank_search class, then we use the parsed entities to filter our app rank data. Once we have this filtered data we can use it to fill in blanks in response templates (such as the ones shown below).

Interacting with the Bot

I wrote up 2 interfaces that allow us to intereact with our respond function.

The 1st interface was an excuse to write my first Plotly Dash application. It uses similar logic to the command line interface that we’ll see next, but the output is much (prettier). The full Dash application code can be seen here. The resulting application is shown in the gif at the top of this post.